Close
About us | Partnership terms | Contact | Promotion and e-commerce
Manuspott > How to do it? > Decorations and interiors
You need about 4 min. to read.

Tingatinga paintings are one of the most widely presented tourism-oriented art forms in Tanzania, as well as Kenya and neighboring countries.

The tingatinga painting style developed in the second half of the 20th century in the area of Tanzania’s capital Dar es Salaam, and then spread throughout East Africa. The style is named after its founder, the Tanzanian artist Edward Saidi Tingatinga.

Creator of the style

Edward Tingatinga was born in 1932 to a poor peasant family in the village of Namochelia in the south of the country. He attended a Catholic mission elementary school, and at the age of 25, he went north to the Tanga region in search of income. There he worked on sisal plantations, then moved to the capital Dar es Salaam. It was here in 1968 that he began to paint his first pictures – mainly on cardboard and on the walls of houses. His wife and nephew sold the painted cardboard boxes for little money near their home in the bustling commercial district of the city.

Edward’s marvelous paintings attracted the interest of an organization dedicated to developing national arts and crafts, the “National Arts Company.” From then on, the popularity of his art grew, and he was able to become a full-time artist.

Unfortunately, Edward Tingatinga died tragically in 1972, probably shot by a policeman during an intervention. There are not many paintings left of his short artistic career. There are many fakes of his works such as Lion, Peacock on a Baobab Tree, Buffalo, Monkey, Antelope and Leopard.

While Eduard was still alive, his relatives and loved ones began to learn his unique style and formed an informal art group called the “tingatinga school”. His first collaborators were Simon Mpata, Kacper Henrik Tedo, Jenieri Linda (John Linda Amba), Adeusi Mandu Mtatambwe, Ajaba Abdallah Mtalia and Omari Amonde. The informal school evolved into the Tingatinga Partnership and in 1990 into the Tingatinga Arts Cooperative Society (TACS) with financial support from official Tanzanian structures and assistance from European organizations, mainly from Scandinavia. Although TACS is widely recognized as the most reputable representative of the Tingatinga heritage, only a small number of artists are directly associated with the group. There are currently about 50 full-fledged artists and 30 students. TACS runs its own gallery where members create, exhibit and sell their work.

The first generation of artists from the tingatinga school largely reproduced the founder’s work. During the 20th century, new trends and motifs emerged in the style in response to the transformations that Tanzanian society experienced, as well as rare technical innovations (for example, the use of perspective).

Tingatinga painting, created by a simple peasant with no education, achieved an almost academic status in Tanzania and a showcase for the country. Since the 1980s, exhibitions on tingatinga art have been held in various galleries and museums in France, England, Germany, Switzerland, Italy, the United States, Japan, and Scandinavia.

Features of the style

The first tingatinga paintings were painted on the walls of houses and on cardboard. Initially, all works were about 60 × 60 cm, which is why tingatinga is called “square painting” in some sources.

Despite the continuous development of this direction and the appearance of new motifs, some features remain the same:

Tingatinga paintings are traditionally made on fiberboard, using several layers of automotive enamel, which makes them glossy and shiny. Many elements of the style are related to the demands of the travel market – for example, the paintings tend to be small so that they can be easily transported by plane. They also need to be attractive and exotic decorations for Europeans and Americans. The drawings themselves can be called both naive and caricatured, often humorous. Most often they depict animals and African wildlife. The composition in such paintings is flat and lacks perspective. 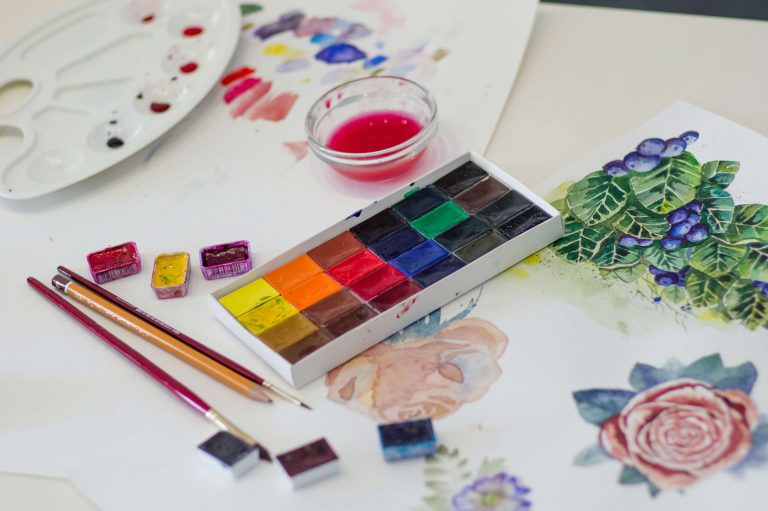 How do you begin your adventure with watercolors?

Picture paints – learn about the types, similarities and differences 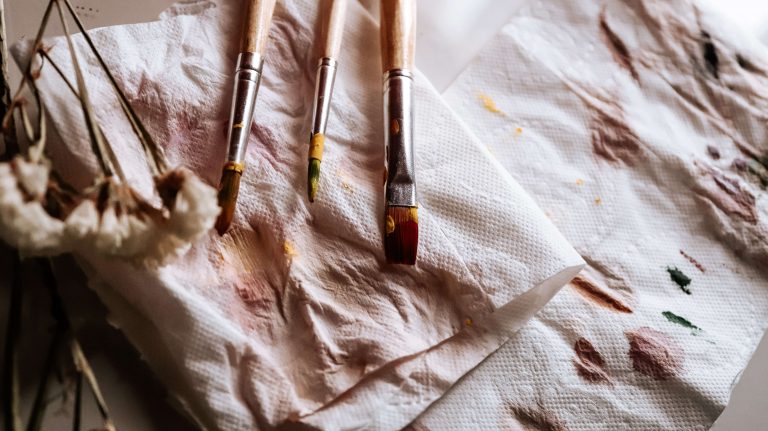 The right brush for the right job. What types are there?